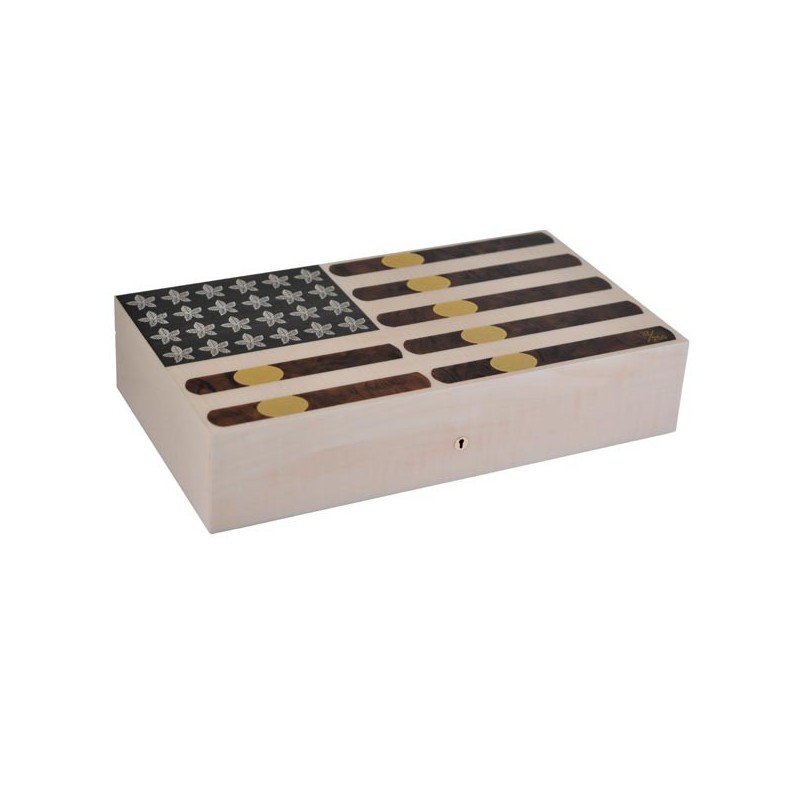 The flag of the United States, called Stars and Stripes is composed of thirteen red and white horizontal stripes representing the 13 founders states that came together to form the United States of America and a blue canton higher dotted with stars representing the states united under one flag.The flag has been revisited with all the cigar's icones, it is made entirely of veneers inlay.110 cigars humidor limited and numbered edition.Marquetery of fine veneers.2 Humidification systems.1 Hygrometer